The municipality of Kriva Palanka has a temperate-continental climate with a mild cold winter, a mild hot summer, a cool spring and a relatively warm autumn, due to the geographical disposition and certain impacts penetrating the Aegean through the Kriva River. The high parts of Osogovo are affected by the steppe climate.

The average annual temperature is 10.2 ° C. The warmest month in the year is July with an average value of 20.0 ° C. The coldest month is January with an average of -0.3 ° C. The average annual temperature fluctuation is 20,30 C. In comparison with the surrounding areas, the Krivopalanik district receives significant rainfall. This is due to the absolutely great height that is a natural condenser for water vapor carried by the west and south winds. The average date of the first snow cover in this area is November 30. The belt above 1700 meters above sea level has quite low average annual temperatures, so the Ruen and Carev Vrv peaks are snow covered from October until early June. The Ruen snow cover remains in July. Kriva Palanka is a windy area. The winds in Kriva Palanka blow almost everywhere and at any time of the year. Due to the high frequency of winds in this area, fog is a rare occurrence. On average, 10-12 days of fog are registered annually, mainly from November to February, with some years occurring from September to May.

Osogovo is rich in springs, streams and rivers. This wealth is due to its relatively high altitude and geological composition. The region is characterized by numerous shallow rivers and small basins. The most famous are Kriva Reka and Durachka Reka. Kriva Reka springs at the foot of Carev Vrv, from a strong source at about 1,800 meters above sea level. The total length of the Kriva River is 69 kilometers with a fall of 2.51TP. In the center of the city it receives its largest tributary, the Durachka River. Duracka River is made by three small rivers: Stanecka, Kozja and Duracka. The total length of the river is 15 km. Two reservoirs have been built in the area of the municipalities so far: the Basjacko Brdo reservoir with 14.100 m3 water and the Wallachi Cottages reservoir with 6.200 m3 water, located on Kalin Kamen at an altitude of 1,590 m. 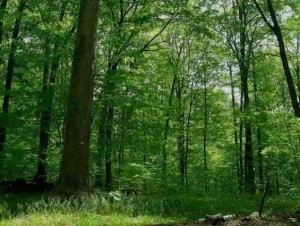 Forests
FOREST
The volume and structure of the forests represent one of the most important natural potentials of the municipality of Kriva Palanka. Forests participate with 36,47% of the total area of the Municipality. Under the forest are 17527.5 hectares, which is 0.54% of the forests in the country. Under high forests is about 60% of the total area under forests, and the rest is under low forests. The most common is the beech forest that extends at an altitude of 700 to 1200 meters. According to the ownership of the land, about 60% of the forests are in state ownership, and 40 % in private ownership. The state forests are managed by PE "Makedonski Sumi" – subsidiary SS "Osogovo" Kriva Palanka. 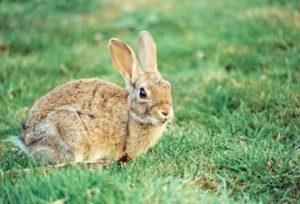 ANIMAL WORLD
Osogogi's animal stock mainly consists of: wolf, fox, rabbit, deer, wild boar, hedgehog, turtle. Less common are: badger, white (kuna) and otter. The last bear, according to records, was killed in 1891. The reptiles are lizards and snakes (aquatic and terrestrial). The birds include soybeans, nightingales, sparrows, cows, owls, carrots, and taller peaks and hawks. , the falcon and the eagle. 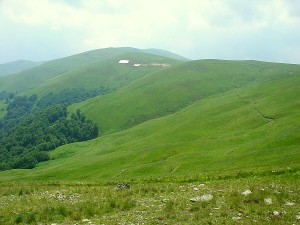 The flora of Osogovo is rich and diverse. the large height differences caused the formation of four plant belts.

The first lowland grassland or lowland grassland belt starts from the southern slope of the Slavic Basin and extends to 750 meters above sea level. The city of Kriva Palanka naturally belongs to this belt. In the lower part of it are blackberry and thorns, and in the higher bushes of hornbeam, juniper and spruce, and quite rarely with any elm, (Psacha). Of the crop plants, only fruit trees are present.

The second belt is with oak forest. It reaches an upper limit of up to 1200 meters. It also has a small forest. Large forest plants in this belt are oak: geranium, oak and others. The grassy areas in it consist of: thistle, milky, alfalfa, hornbeam and up to the upper limit of the oak belt and also the upper boundary of wheat, blue plums, nuts and poplars.

The third belt consists of beech forest that starts from about 1000-1200 meters and extends to 1500 ie 1700 meters above sea level. This area also includes grassland. Crop plants include potatoes, rye, oats, barley, and fruit trees, including junkies.

The fourth highland belt extends just above the beech forest, encompassing the highest parts of Osogovo around the Ruen and Carev Vrv peaks. The herbaceous formation there comprises the so-called "primordial grasses", which are the primary pasture zone with excellent livestock opportunities, and in particular sheep breeding. Such are the pastures in Bozidarica, Turanica, Sredno Brdo, Kalin Kamen and Slana Barra.

In the past of Osogovo there was also a floor of coniferous forests, which were destroyed during the Turkish rule for the purposes of mining and the creation of fertile areas. The natural conditions of Osogovo (atmospheric soil) are favorable for self-renewal of forests. 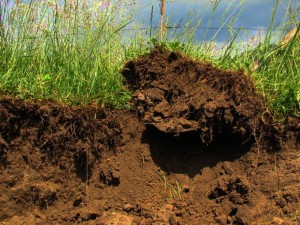 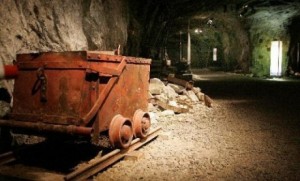 The Osogovo mountain massif is one of the most important mining areas in the Republic of Macedonia. In the region of the municipality of Kriva Palanka there are several ore deposits of metals (lead, zinc, antimony, copper, silver, gold, etc.) as well as non-metals (bentonite clays, tuffs, quartz, diatomaceous earth, etc.). The metal ore deposits are located mainly in the Osogovo mountain massif, more precisely within the metallogenetic zone Besna Kobila-Osogovo-Taos. The largest potential ore deposit is the deposit of lead zinc ore reserves. The lead and zinc mine "Toranica" is located in the north – eastern part of the Republic of Macedonia on the slopes of Mount Osogovo near the Macedonian – Bulgarian border 18 km from Kriva Palanka 120 km from Skopje. The Toranica mine is designed as a modern mine with a capacity of 700,000 tons / year. digging ore. The ore from the Toranica deposit appears in three textural types. Pure ore with a representation of 51 %, solid ore 29 % and integrated ore 20 %. The mine is not working at the moment. The mine and flotation "Krstov Dol" are located about 20 km away from Kriva Palanka. In Krstov Dol flotation, antimony ore is processed. In addition, molybdenum ore brought from Turkey was processed and a certain amount of antimony ore from the ore deposit "Alshar" – Kavadarci with a high percentage of arsenic. The mine is closed.