We are building infrastructure for all, and in extraordinary circumstances with projects of importance at the local, regional and national level, and in this new reality and crisis caused by the pandemic we have not stopped capital investments. In this way, we are helping the economy in a very important period, said at today's visit to Kriva Palanka the survey of Oliver Spasovski, who together with the Deputy Minister of Labor and Social Policy, Gonul Bajraktar, and the additional Deputy Minister of Labor and Social Policy, Sanela Skrijelj , inspected the construction works for revitalization of the city square and park.

The project "Reconstruction of the town square and city park" in Kriva Palanka has a total value of 662,000 euros, a grant from the Instrument for Pre-Accession Assistance of the European Union IPA2 and is co-financed by the Government of RS Macedonia, administered by the World Bank through a trust fund and participation of the municipality.

-This is only one part of the big project "Kriva Palanka Eastern Gate of Europe (Festival Tourist Attraction)", and the deadline for construction is November 20 this year, and then the citizens of Kriva Palanka will get a city park and square as it deserves. of a European city that bears the attribute "Eastern Gate of Europe". This project of the municipality, in cooperation with the Government and the EU, also talks about the positive and constructive approach that the citizens have in their center of attention. In place of the chaos and unplanned projects that could not be realized, we have the opposite approach, we are building infrastructure for everyone, said Spasovski.

Through this project, the EU and the Government of RS Macedonia finance sustainable investments in tourism by providing jobs and improving the quality of life, providing a four-year investment operation to improve competitiveness and innovation in the tourism sector in RS Macedonia.

- We are investing in the future and self-sustainability, in green infrastructure and we are changing the outdated dilapidated buildings with new ones that provide better performance. We are building to develop our cities, villages, to clean our rivers that feed the fields, for healthy and tasty food on the domestic table, and for competitive products on the European and other markets, added Spasovski, emphasizing that the SDSM-led government In the past three years, this technical government has given priority to the citizens, human resources and potentials of the state.

- We are starting a large project, over 41 million denars, which will completely change the image of the city of Kriva Palanka. To be guided by the municipality of Zanci is not to build a path to your own success, but to invest yourself in the priorities of the citizens, capital projects and works that will forever leave a mark on the local community. In the past three years, as a local self-government and government, we have shown what it means to prioritize investing in better conditions for citizens, with all projects being implemented. We have done many projects that have not happened in 30-40 years, and I am announcing many more projects that will happen in the future and from a region and a city in which many years have not been invested, at the moment we are striving to be the focal point of Corridor 8, said Micevski . 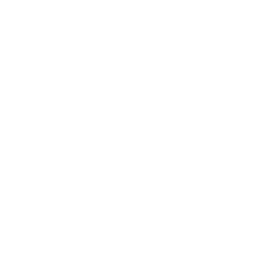