The town of Kriva Palanka (Egri Dere) was founded in 1634 by Bayram-Pasha, vizier of Sultan Murat I.

Evliya Celebia describes Kriva Palanka, in her 1661 Travelogue, as a city of about 800 households. In 1689 the Karposh uprising erupted in northeast Macedonia. As the center of the uprising, the city was free for several months. Despite the dire consequences, the Karposh uprising has had a profound effect on the further revolutionary movement.

The people of this region take an active part in the Ilinden Uprising that begins on August 2, 1903, but due to the high concentration of Turkish forces the uprising movement is on a more limited scale. then under Bulgarian until 1918. In 1918, Macedonia and Kriva Palanka became part of the Kingdom of Serbs, Croats and Slovenes.

During the period between the two world wars due to poor economic and social conditions there was a mass migration of the population mainly to the United States and South America. During this period, Kriva Palanka received the first doctors of science, the brothers Boris and Dimitar Arsov, who received a doctorate at Sorbonne.

During World War II, people from this region took an active part in the fight against fascism (139 killed soldiers and 128 civilians killed).
After the liberation (October 8, 1994) and the creation of a Macedonian state within Yugoslavia, a new period in development began. A number of cultural institutions have been built - City Library, Cinema, House of Culture, Medical Center, Schools, Factories, Mines, etc.

Following the referendum of September 8, 1991 and the independence of the Republic of Macedonia, Kriva Palanka won its first multi-party municipal assembly. 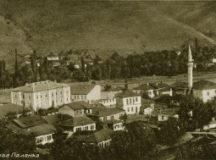 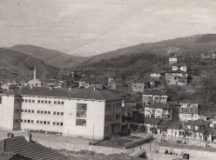 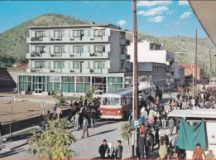