The Municipality of Kriva Palanka has developed a social plan for 2021-2024 which is harmonized with the Law on Social Protection and covering the visions for all vulnerable groups in the municipality whose life and living conditions will improve in the coming period.

The plan was prepared for a period of two months in coordination with the person responsible for social affairs in the Municipality of Kriva Palanka, Elena Hristovska, municipal administration, Council for Social Protection, Ministry of Labor and Social Policy, "EPTISA & #8221", Municipal Red Cross, PI Inter-Municipal Center for Social Work, Association of Pensioners, Association of Persons with Intellectual Disability "Message & #8221 ;.

& #8211; We started only two months ago, first consulting the most involved stakeholders in the community, we formed the Municipal Council for Social Protection, and because I had excellent cooperation and collaborators, thanks to all of them, today we are here to present the final document, said Elena Hristovska.

The Mayor of Kriva Palanka, Borjanco Micevski, shared his satisfaction with the expeditiously prepared document, which is the first of its kind prepared at the level of municipalities in the country, wishing its implementation to lead nationally.

& #8211; It is a pleasure to say that congratulations have already arrived from the Ministry of Labor and Social Policy, which also expressed support for further implementation of the plan, which, in turn, is the starting point as an important document to implement activities with funding from the MLSP and available EU funds for the promotion of the social map of the municipality. A project application has already been prepared on the basis of this document with partners from Serbia and Bulgaria, so I wish to have the first activities in this segment as soon as possible, although currently, through the work, all those who created the plan, in fact, each in its scope implements part of it, said Micevski.

EPTISA & #8221, who helped develop the plan, said that this social plan will be successful when the elderly are more productive and involved in the community, young people will have clearer visions and will be more motivated to progress, and mothers of people with disabilities will be more skilled and competitive in the labor market, involved in society.

The social plan for Kriva Palanka for 2021-2024 is a picture of who and with whom will work to improve the quality of life of citizens.

The social plan for Kriva Palanka was developed within the project "Support to the modernization and deinstitutionalization of social services & #8221 ;, financially supported by the Delegation of the European Union in Skopje, and implemented by" EPTISA & #8221 ;. 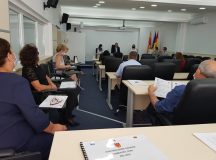 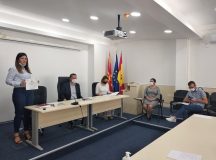 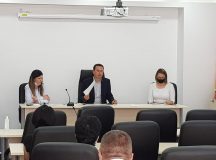