This time too, the most successful were the Kriva Palanka ping-pong players who won the most medals, especially in the women's competitions.

Ana Stojanovska from PPC Kriva Palanka is a state champion in individual competition.

In the final, she convincingly defeated Iva Dimitrievska from PPK Skopje Risovi with a result of 4: 0, while in a pair with Leonid Goshev from PPK Vinspin and Sara Stojanovska from PPK Kriva Palanka won the first place in mixed doubles and the second place in female doubles.

In the men's competition, the best was Raif Rustemovski who convincingly defeated Leonid Goshev 4: 0 in the final.

The championship was attended and officially opened by the Mayor of Kriva Palanka Borjanco Micevski, while the awards for the most successful were given by the director of JP Komunalec, Mile Markovski and the president of the host club Jordancho Minevski. 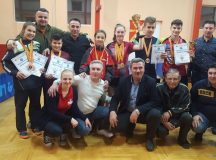 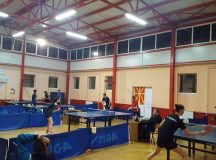 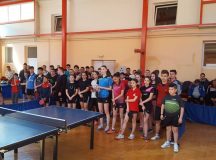